From Piet Retief to Kalamazoo 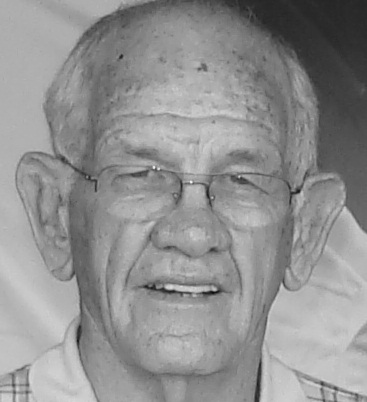 Eldred Thomas Edwin “Joe” Hansen was born on 27 January 1933 in Piet Retief in what was then the Eastern Transvaal. On his father’s side, his great grandparents came to South Africa from Germany as missionaries and were instrumental in establishing the Hermannsburg Mission stations in Natal and Western Transvaal. His mother’s parents were from the Glasgow area of Scotland.

Joe’s family were already settled in Piet Retief prior to the Second Anglo-Boer War. They had established a hardware business first known as Hansen Brothers and then H Hansen & Sons which was eventually run by Joe’s older brother who sold it in 1974.His forbears were also involved in the wattle industry and managed the Ford agency in the town until 1946.

Joe’s mother was born in Pietermaritzburg. Prior to her marriage to Joe’s father in 1926 she lived with her family in Kokstad and then Swaziland where they had a trading store and a dairy.

Joe’s mother was born in Pietermaritzburg. Prior to her marriage to Joe’s father in 1926 she lived with her family in Kokstad and then Swaziland where they had a trading store and a dairy.

He attended primary schools in Piet Retief, Vryheid and Warner Beach before enrolling at Merchiston Preparatory School in Pietermaritzburg at the beginning of 1944. Sport was a major part of the curriculum and, during his three years as a boarder at the school, he involved himself in cricket, rugby, athletics and swimming.

Merchiston enjoyed the use of the Buchanan Street swimming baths where the supervisor, Scotty, also gave lessons in the noble art of boxing. Although there were no contests, Joe and his schoolmates learned how to spar and defend themselves

Cricket was his forte at prep school and he was selected for a Pietermaritzburg U15 XI to play against a Durban side. He still remembers the occasion well as his Headmaster, William Parkinson, applauded him for “crowning himself with glory” by taking 7 wickets for 23 runs. As a reward, he received his first cricket bat which he took with him when he went to Kearsney in 1947. 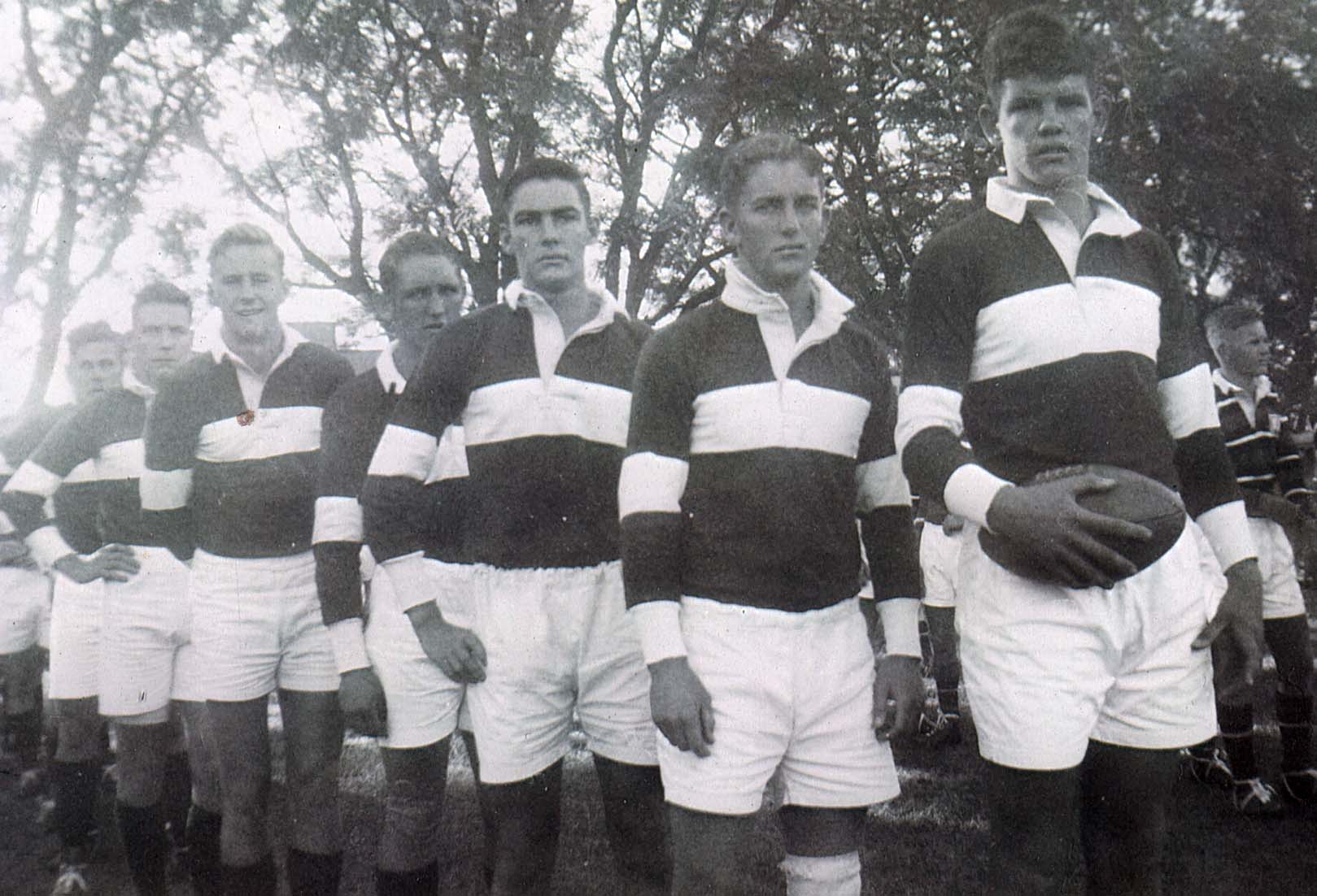 In 1947 he played rugby for the U15 team which was skippered by Martin “Shorty” Shelton. Several boys in the team were selected for Durban U15 team. Shelton was captain and the fly-half was Nick Ennis who was to captain the 1950 Natal Schools’ XV of which Joe was vice-captain.

He played 1st XV from 1948 to 1950 and captained the team in his last two years at the College, achieving Honours for the sport in 1950 after his selection to the Natal School’s XV that year

Joe also captained the athletics team in 1950 and remembers winning both the shot put and discus events, and competing in the 100 yard and 220 yard sprints which were won by Tommy Dyson.

Although he was a prefect and an accomplished sportsman, Joe does not remember receiving any academic accolades! He does, however, attempting to learn the art of debating and a trip to debate against Epworth which might have had something to do with his sudden interest in public speaking!

Shortly after Joe’s arrival at Kearney in 1947, Stanley Osler introduced Alfred James at morning assembly and told the boys that he would be offering boxing lessons at Kearsney. A Pretoria-born professional boxer who had made his name in England in the 1930s, Alf James had won the South African lightweight title in 1946. Joe recalled that “Alfie certainly assisted me to learn something of the noble art.” 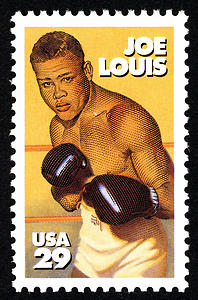 Joe Louis, “the Brown Bomber”, commemorated in a US postage stamp

Hansen quickly made a name for himself as a boxer and his good friend Owen Clarkson (1944-47) gave him the nickname “Joe” – after Joe Louis, the World Heavyweight champion 1937 to 1949.

In 1949 a tournament was organised at Kearsney at which Joe, then sixteen, fought a three-round bout against a Howard Frazer, a talented amateur from Pinetown who was six years his senior. He recalled that “after landing a number of heavy punches, he retaliated with a very solid left hook in the final round and I staggered towards the corner and fortunately the final bell sounded.”

After he left Kearsney, Joe spent two and a half years at Glen College of Agriculture near Bloemfontein in the Free State, studying agronomy, animal husbandry and horticulture. In 1951 and 1952 he played rugby for the Orange Free State U19 and U20 XVs. He also played cricket for Ramblers Club in Bloemfontein at that time.

He was selected for the Orange Free State XI and remembered playing an extraordinary first game against Western Province in which he took a wicket with his first ball bowled in First Class cricket and scored a half-century in his first innings.

In 1951 he learned more about boxing at the local technical college. He entered the Orange Free State championships and reached the final against an opponent from the Transvaal. Reporting that Joe had received the runner-up medal, Bloemfontein’s Friend newspaper spoke of “the bloodiest fight in years”.

He spent much of 1952 training and sparring. Amongst others he sparred with Dries Nieman who won a bronze medal at the Helsinki Olympics that year. Joe remembered his “extraordinary left hook.”

He spent the first part of 1952 learning about Afrikaner cattle on a stud farm in the Free State before returning to Piet Retief to work for his father.

In January 1954 he returned to the Free State, where he played rugby for the Bloemfontein Collegians and cricket for the Ramblers Club. He was again selected to play for the province in the 1954-55 cricket season. He also continued boxing at the technical college. He was selected to fight against a side from the Transvaal and lost narrowly. Selected again in 1955, he easily won his fight against his Transvaal opponent.

Later that year he moved to the Transvaal and stayed with his brother in Pretoria. There he played cricket for Harlequins and rugby for the Northern Transvaal.

1956 found Joe in Johannesburg where he joined the Union Rugby Club and played in the first league for two years. By 1957 he had been selected a few times as reserve for the Transvaal rugby team.

In 1959 he moved from the Union Rugby Club to Wanderers where he played in the 1959-60 team captained by Chick Henderson. During that time he also played cricket for Old Johannians.

It was during this period that Joe became very interested in spiritual yoga. In December 1960 he travelled to India and spent a month’s holiday at an ashram in the Punjab. There he became a lifelong vegetarian 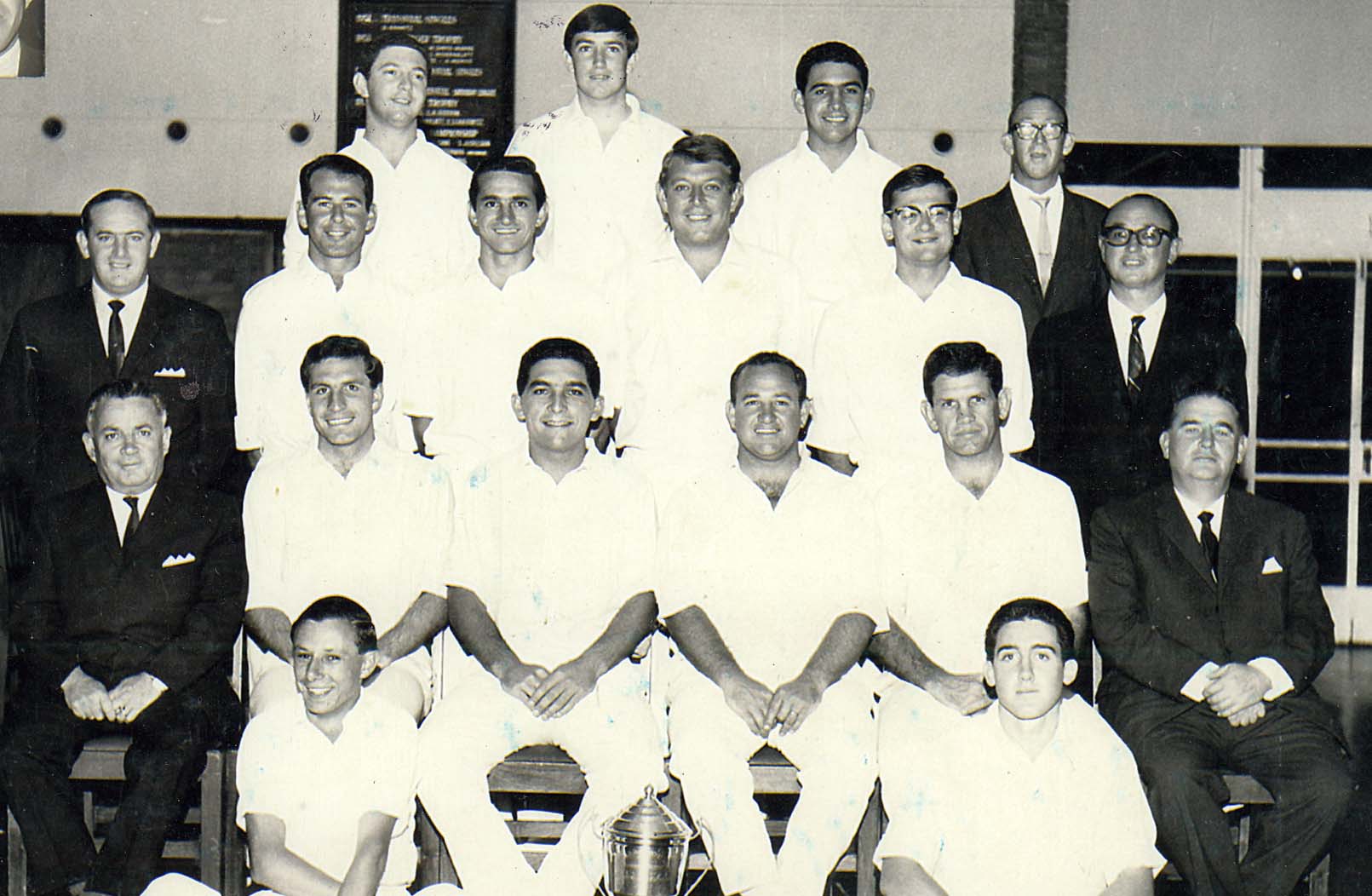 He stopped playing rugby for a year but started playing again for an Empangeni club when he found himself living in Zululand in 1962. He was selected for the Natal Country Districts XV and played alongside Koos van Noordwyk and Lappies Labuschagne. He also played for Kearsney College Old Boys against Kearsney’s 1st XV – a match refereed by Jannie Storm who allowed the schoolboys to snatch a last minute draw!

Joe returned to Johannesburg in November 1962 and played for the Balfour Cricket Club for some years under the captaincy of Ali Bacher. He played ‘B’ section Currie Cup against the Orange Free State, Northern Transvaal and Natal, and was then selected for the Transvaal ‘A’ Team to play Natal in November 1966.

On the Monday morning of the encounter, he faced Mike Procter bowling at his fastest. He attempted to hook a fierce bumper but missed. The ball hit him between the eyes and the next he remembered was regaining consciousness that afternoon before undergoing surgery in the evening.

In spite of this setback, he returned to the cricket field early in 1967 and played for the Johannesburg Premier Cricket league for the next nine or so years before accepting a new position in the United States from September 1976.

During his four years at Kearsney, Joe watched the participants in the Comrades Marathon run past the school four times and committed himself to do an up and a down run sometime in the future. He accomplished this in 1976 and 1977.

Career-wise, Joe Hansen spent his early years working on stud farms and citrus estates. He also worked for two companies which supplied farmers with fuel, tyres and other needs.

In December 1958 he secures a position with Pfizer as a technical representative, selling their products to veterinarians, co-operative chains and private distributors. Over the years he worked his way up to the position of General Manager for the Veterinarian and Agricultural division.

In 1975 he accepted the position of General Manager of the Asgrow Seed Company which was owned by the Upjohn Company. The following year he was offered the position of Regional Marketing Manager at Upjohn’s International Division in Kalamazoo, Michigan.

1980 saw him transferred to the position of Regional Manager of Upjohn’s subsidiary, the Asgrow Seed Company with responsibility for Austrasia and the Far East, including the Philippines, Thailand, Korea, India, Japan and the People’s Republic of China. He retired from Asgrow – owned by Monsanto since the late 1990s – in 2002 and continues to live in Kalamazoo.

Joe married Pamela Mansfield in January 1962 and had three children: Peter, Claire and Alan. (Pam and all three of their children currently live in Seattle Washington). After his divorce in 1994 he married Charlene Card (née Rushford) in June 1995. She had two sons – John and William Card – from her previous marriage.

At the time of writing this article (August 2015, Joe has been living in the USA for thirty-nine years).