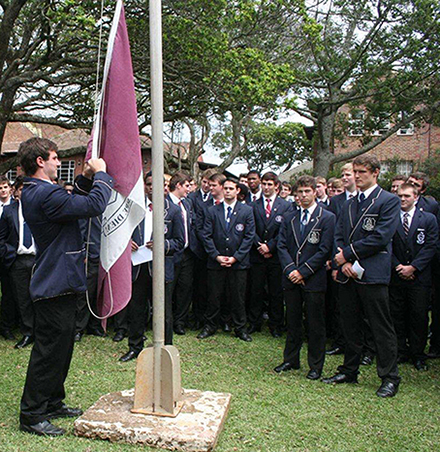 These sentiments are reaffirmed in the Kearsney Boys’ Honour Code:

The principles of the Honour Code are not simply rules to follow in order to be considered a true Kearsney boy. The Honour Code is a means of ensuring the highest standard of personal integrity. The code is the boys’ own approach to dealing with misconduct that is essentially moral in character.

Promoting and upholding the Honour Code

Violations of the Honour Code

The following offences are considered to be violations of the Honour Code: lying, stealing, cheating, bullying, racism, discrimination and the willful disrespect for or defiance of Kearsney schoolboy traditions.

A boy who reportedly violates the Honour Code may be required to appear before the School Disciplinary Committee or Honour Council (six of whose members will constitute a quorum). The School Disciplinary Committee consists of the members of the Schools Executive Management and the Honour Council will normally be chaired by the Head Boy (or his designated deputy or a prefect). Should the Deputy Headmaster be unable to attend the meeting he will deputise another member of the College Executive Committee to do so.

If a Kearsney pupil has been accused of lying, cheating, stealing, bullying, racism, gender bias, discrimination or showing willful disrespect of Kearsney schoolboy traditions he will appear before the Honour Council.

If a Kearsney pupil has been accused of lying, cheating, stealing, bullying, racism, gender bias or discrimination he will also be dealt with under the School Code of Conduct.

Sanctions for violating the Honour Code

A violation of the Honour Code (lying, cheating, stealing, bullying, racism, gender bias and discrimination) which constitutes an offence in terms of the College Code of Conduct will result in standard disciplinary action and punishment. These Honour Code Violations may also be referred to the Honour Council.

Sanctions may include the following: