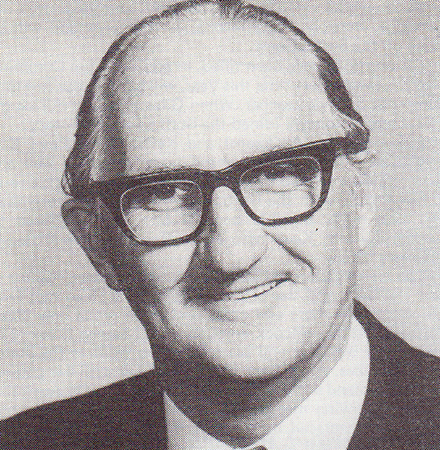 1984 was certainly a restless time in our country, so are the last weeks of a matric boys schooling as stresses of looming finals play upon the young mind. Add to this, the most notable stress of them all, the period just before lunch when a boys gastric juices, in search of food, begin digesting last night’s pudding, saved strategically till last due to its indigestibility.  “Pus, ticks and scabs” – the kitchens answer to recycling the day before yesterday’s sandwich left overs into what they called “yummy bread pudding” and eaten mostly only as a dare by the boys. Last night’s pudding had to force its way past each boy’s pyloric sphincter, and this made the class excessively restless on this particular day.

Ken-J had a standing joke which he delivered every day at the beginning of last period that started at noon. He would wait outside for the boys to sit at their desks and then march into the classroom and greet us at the top of his voice, “Good morning boys!” The boys would respond with their automated drone, “good morning sir”, to which he would spin around and, in a voice similar to, but much louder than Mr Bean’s, would screech, “IT’SSS NOT MORNING! IT’SSSS AFTERNOOOOOON!!”

Given the restlessness spoken of above, and that this recurring joke had worn a hole through the polite nature of the class of 1984, the boys’ restlessness had ratcheted up a notch. Ken-J went about cleaning the previous day’s synoptic chart and list of homework off the chalk board. What was thought to be airborne white chalk dust was actually steam coming from Ken-J as he began brooding over the disrespect that the boys had shown towards his joke. He had had enough of the class of 1984. Coincidently he had also had eaten a generous helping of the kitchen’s pudding the night before; all that was needed was one minor catalyst to detonate an explosion.

Back in the 80’s things were made properly. Chalk dusters are a great example; over-engineered, the almost ergonomic, rectangular handle was fashioned from imported hickory hard wood. A ¾” thick, grey felt strip was permanently bonded to the hickory. This felt had the amazing capacity of being able to retain seven times its own weight in chalk dust. Yes, the chalk duster was the champion of the classroom. It also made for a very convenient missile that a teacher could use to refocus a boy’s attention on his studies.

White chalk dusted off the board easily, yellow was a little more stubborn and blue was as tough as getting credit from the tuck shop. The drawing of the map had faded, the comments in yellow were disappearing and Ken-J was scrubbing away at the blue cold front that was sweeping across an almost clean board. Now this is where my memory is a little vague, I can’t recall the exact boy for sure, but I can narrow it down to a few. The ones that chose to sit at the back of the classroom, you know the ones; not skilled in their studies, but by far the best paper jet makers in the school, with accuracy that was only seen years after when America invaded Iraq. The paper jet took to the air, stabilized its flight path, flew towards Ken-J and lodged its nose firmly between the left arm of Ken-J’s glasses and the right side of Ken-J’s cheek. We had a catalyst!

Ken-J snapped, his grip softened on the duster’s hickory handle, just enough for it to slide from midway to allow a firm hold at the end of the duster. He spun around and began a long winding rotation of his arm to line up a retort in the reverse direction of the paper jet’s trajectory. The duster, still under Ken-J’s control, started looking like Halley’s Comet with a long tail of chalk dust. Ken-J had the offending boy in his sights. One last flick of the wrist would propel his duster missile to inflict maximum pain and insult, or so he thought.

Ken-J was the Head of Geography, very good at earth and sky matters, but rather weak at calculating things like clearances between objects. He had overlooked that the duster, clenched by its end effectively made his arm 7 inches longer. His method of aiming was to bring his swing to eye level, line it up perfectly past his temple and then release it to begin its flight of revenge.

Sadly, for Ken-J, the extra seven inches meant that the duster first met the back of his own head, knocking his glasses flying to his left, releasing the paper jet from its hold towards the right and seven times the weight of the felt strip in multi-coloured chalk dust into the atmosphere.

By the time the dust cleared, Ken-J was nowhere to be seen. It was the last official Geography lesson for the class of 1984 and the start of a generation of the synoptically ignorant