The Headboy’s Badge: A Recent Tradition 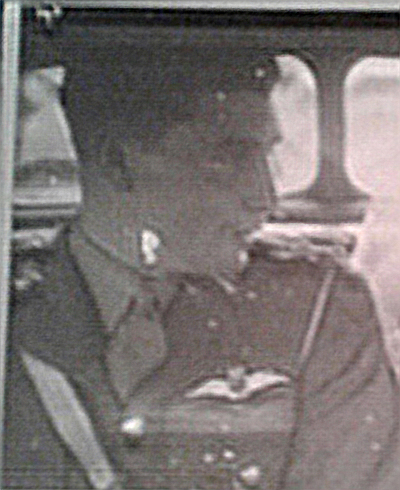 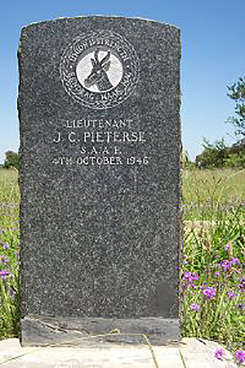 We would like to express our gratitude to Mr Pierre Pieterse, for providing the photographs and the information about his uncle.

In 2008 the Head Boy, Nicholas Bowman started a new tradition at Kearsney in the form of a lapel badge of office which he passed on to his successor, Theo York. The badge has an interesting history.

On 4 October 1946, a South African Air Force Harvard AT-6 advanced trainer, No. 7273, was descending in thick fog when it crashed near Alverstone, killing Lieutenant J C “Chris” Pieterse of Vereeniging.

Some inquisitive Kearsney boys made their way across the valley to inspect the wreckage and took pieces of Perspex from the shattered cockpit windshield as souvenirs. Some of them carved the Perspex, which had only been invented just over a decade before, into small shields. They then used a soldering iron to weld the crests from their silver cadet buttons onto these shields to produce attractive lapel badges.

One of these badges was given to the Nicholas Bowman’s paternal grandmother, Norah Rintool, by Desmond Leather (Class of 1947) who had played fly-half for the 1st XV and captained the 1st XI Cricket.

The badge was handed over by 2015 Head Boy, Robbie Polkinghorne, to Luke Croshaw, Head Boy for 2016. 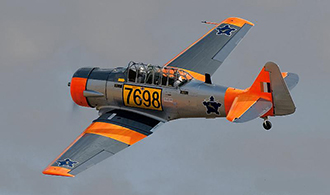 Photograph of a similar aircraft to Harvard AT-6 , courtesy of
http://www.theharvard.co.za/ 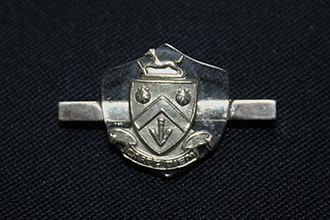