When Christine Mason died in March 2000 she left a bequest to Kearsney College. This established The Christine Mason Scholarship and made funded the Mason Astroturf Hockey Field, Kearsney tar roads around Kearsney and a number of other projects.

“Christine Mason, nee Champion, was born in Bristol, UK, in 1915. An only child, she attended Redland High School for Girls, as also did her cousin Frances, who was my mother. As Christine’s mother died when she was young, all the Bristol cousins were very close. She became a very independent young woman and took on all the challenges of life with enthusiasm, intelligence and wit.

After the onset of war in 1939 Christine joined up, and enrolled with the W.R.N.S. (Women’s Royal Naval Service). In those days women did not serve at sea, and she was posted to Ceylon, now Sri Lanka, where she assisted Lord Mountbatten in strategy and planning of the war in the East, along with other WRNS, including Lord Mountbatten’s daughter.

At the end of the war, Lord Mountbatten told her that she had completed exemplary service, as First Officer, and she was free to go home, or……he had an important job she could do in post-war Singapore. She went to Singapore. She joined the Secretariat of Supreme Allied Command.

There Christine met John Metcalfe Mason and they married in 1947, not returning to the UK to live until 1958. As the wife of John, Chairman of a Shipping Agents, Commandant of the Singapore Special Constabulary, Member of Singapore Legislative Council, she took on board all the challenges that these represented. She was a splendid organiser and a gracious hostess. They shared many interests, including the Turf, John having always been a prominent racehorse owner, which continued until his death in South Africa in 1970. They went to South Africa in retirement in 1965, having spent a few years in London in semi-retirement. During the London years I was close to them both as I was a student at Guy’s Hospital.

On returning to London, never having cooked due to plenty of staff in Singapore, Christine promptly enrolled at the famous Cordon Bleu School of Cookery and gained her certificates with flying colours! This is how she was, rising to any challenge, large or small, doing everything to the best of her ability, a great example to myself and others.

Also, after the death of her husband John Metcalfe Mason, CBE, in 1970 she became a racehorse owner, owning a string of horses in her own right, one, Gatecrasher, becoming very famous. Again, she studied hard, learned all she could, and astounded the racing fraternity with her knowledge of her own horses and the racing culture in general. Incredible to think now, that this was at a time when “women” were not allowed in the Members/Owners Enclosure!

Christine travelled widely, I met up with her when she visited the UK and Switzerland, and visited her in Durban in the Seventies and late Nineties. When she expressed a wish to visit Prague, I took her there, she was in her 80’s then!

Christine’s interest in the Excellence of Kearsney College stemmed from many years of friendship with the Hulett family and also knowing Dr Graeme Shuker.” 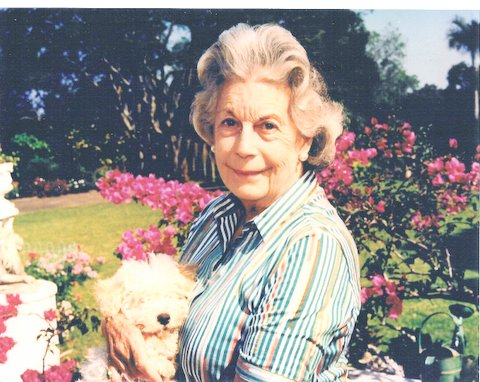