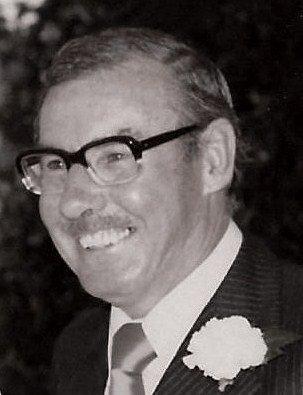 James Charter, known as ‘Jimmy’ by his friends, was raised on the North Coast of Natal and attended the original Kearsney College from 1933 – 1937. He was a school prefect and represented the first team in Rugby and Cricket in his matric year.

After he matriculated, his father felt that Kearsney had provided him with all he needed to go into the world to make a life for himself. He bought him a train ticket to the gold mines in Nigel, gave him an alarm clock to ensure he woke up in the mornings, a pound note to see him through, and bade him farewell.

Good fortune saw that he was soon employed on the mines and he began studying part-time to be an Assayer. This was interrupted by the War years where he fought in the Western Desert and Italy, but on his return he continued his with his life in Nigel.

In time, however, the call of commerce took him to Johannesburg where he combined a humble sales job with night school at Wits, gaining a B.Com degree. The path to owning his own company was set and he remained in Johannesburg for the rest of his working life. Kearsney College had indeed given him all he needed to make his own way and succeed.

His love of KwaZulu-Natal saw him making regular trips to the coast with his family during this time. His commitment to Kearsney and his belief in private school education saw him serving on the joint board of Kearsney and Epworth from 1968 to 1978, and continuing on the Kearsney board until his retirement in 1990. For all those 22 years, his quarterly trips from Johannesburg to Botha’s Hill took precedence over everything. Two of his three daughters attended Epworth and his son, Christopher, took up his place in Gillingham House from 1977 to 1981.

One of James’ greatest passions was Kearsney and the belief that one’s best start in life was with an excellent education. To this end, he arranged that his retirement gift from the American firm he represented in South Africa, The Ridge Tool Company, be exchanged for bursaries to assist two disadvantaged African students for a period of 5 years each to attend Kearsney College. In addition to this, he bequeathed an amount in his will to be used for the benefit of his beloved school.

James lived out his final days in Umhlali on the KZN North Coast. He was an integral member of this community, as was the case with Kearsney. As a family we are immensely proud of his achievements and of his life-long association with this wonderful school.