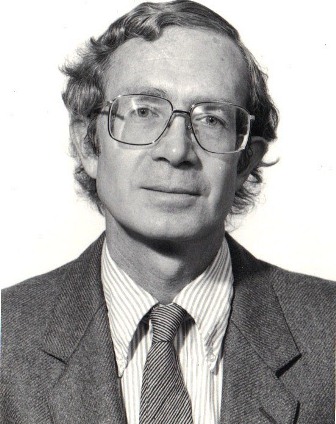 In gratitude David Hall was posthumously awarded the

for his significant philanthropy to the betterment of the world through his support of the work of Kearsney College.

Presented on Friday, 14 June 2013 at the Founders Assembly in the Kearsney Chapel.

David Hall, known as Div by his friends, matriculated from Kearsney in 1952 and from there progressed to being a world authority of the Life Sciences and a leading researcher in the emerging fields of Biomass, Bioenergy and Solar Energy which was widely publicised beyond research publication, to the popular media of radio, TV, and film.

David shared a strong connection with his fellow classmates and initiated the Class of ’52 Bursary Fund. Through this fund the memory of all his classmates will continue and will be carried by students of the future in perpetuity.

At the time of his death Kearsney erected a Memorial Plaque on our Wall of Remembrance to honour a truly outstanding past pupil. Kearsney remains in contact with his widow Peta, who lives in London and on occasion attends KCOB events. They shared two daughters with David: Elena and Claire.

(Words provided for the Kearsney Memorial Plaque by Michael Hall)

‘We will miss David the scientist, the teacher, the mentor, the environmentalist. We will also miss David the compassionate and caring human being who always had time to help his fellow man’.

In October 1998 David was diagnosed with cancer of the pancreas, as a true scientist he was pragmatic about his illness and died peacefully on 21 August 1999.  “His last public act barely a month before he died was to give 10 acres of land adjacent to Kearsney to be a conservancy for future Kearsney students and old boys to enjoy.” Leif Gjestland

He will forever be remembered.