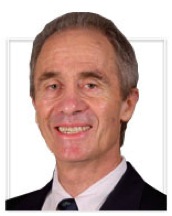 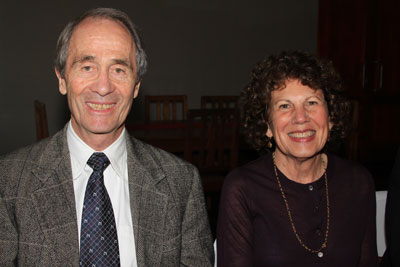 Michael and his wife Jill

In gratitude Michael Hall was awarded the

for his significant philanthropy to the betterment of the world through
his support of the work of Kearsney College.

Presented on Friday, 14 June 2013 at the Founders Assembly in the Kearsney Chapel on the occasion of his 60th reunion Michael and his wife Jill travelled from the USA

In 1999, Michael Hall (1953) and his brother David Hall (1952) jointly contributed funds to establish a new Biology Laboratory at Kearsney which is still in use today.  Thereafter Michael contributed to the development of the Biology Department.
It was David Hall who introduced and started the concept at Kearsney of a Class Fund.  He inspired the Class of 1952 to contribute to a fund, to which he was a major contributor himself.  Today this fund supports a current boys bursary and will do so for future generations of boys.  David’s last public act, just a month before he died of cancer, was to purchase and donate the initial 10 acres of land which started the David Hall Conservancy. Michael has supported the David Hall Conservancy in recent times by contributing to the costs of the track which has made the conservancy accessible to trail walkers, runners, and cyclists.

Michael continues to regularly provide support to Kearsney, and has contributed to the bursary and scholarship fund over many years, and in 2012 contributed to the Sound and Light improvement in Henderson Hall.  Michael’s most significant contribution has been the establishment in 2012 of the Green Fund at Kearsney which has been branded eKCo-Kearsney.

Supporters are invited to support the Green Fund