A Tribute to Dennis Cole

Dennis was born and bred in Jolivet / Highflats area of KwaZulu-Natal and attended Kearsney from Standard Five (now Grade 7) and matriculated in 1966. He was a prefect in Finningley, but will probably be best remembered as a hard running, uncompromising tackler for the Kearsney 1st Rugby Team in 1966. He also played cricket and hockey at the highest level for Kearsney that year. Dennis’s brothers Ian (1969) and Graham (1972) Cole also attended Kearsney and his sister Dianne attended Durban Girl’s College.

After school he was conscripted to army gymnasium in Voortrekkerhoogte before returning to the family farm at Jolivet where he farmed cane, timber and poultry.

After he had completed his military training his love of rugby and sport in general led him to play rugby for Collegians and later Scottburgh Rugby Club. Unfortunately a knee injury put a halt to this sport. He enjoyed social squash and had a keen interest in clay pigeon shooting.

Dennis married Shirley Tate in 1976 and they had a son, Neil and daughter Shan, who both matriculated at Ixopo High School. Neil played Natal School’s rugby for two years then went on to play Wildebeest, Natal U21 and a few games for The Sharks before playing two years for Worcester and Leicester in England. Neil returned home to farm poultry with his father and still plays the odd game of rugby for SA Legends. In fact, Neil was on his way to play for the Legends in Bangkok when he was informed of his father’s death. Neil obviously had to return immediately. The SA team dedicated the final to Dennis and went on to win the tournament. Dennis’s daughter, Shan works for a bank and lives in Johannesburg.

Dennis had a great respect for his old Finningley Housemaster, Ken Fish and made a special request to play “How Great Thou Art” at his funeral in the Kearsney Chapel. He passed on his love of music to his pride and joy, his three gorgeous grandchildren. He also taught them to care for their small herd of cattle and sheep.

In recent years Dennis became allergic to bee and wasp stings and landed up in hospital four times in three years with anaphylactic shock as a result of wasp stings. Dennis underwent surgery for cancer in August 2015, followed by chemo tablets then radiotherapy in Durban. Whilst on the last two weeks of chemo treatment, he was stung by a wasp in the fields and managed to get home to inject himself with adrenaline, but there was too much chemo in his body and he died on the way to casualty.

The Class of 1966 will remember Dennis with a lot of affection and pride.

He will be missed. 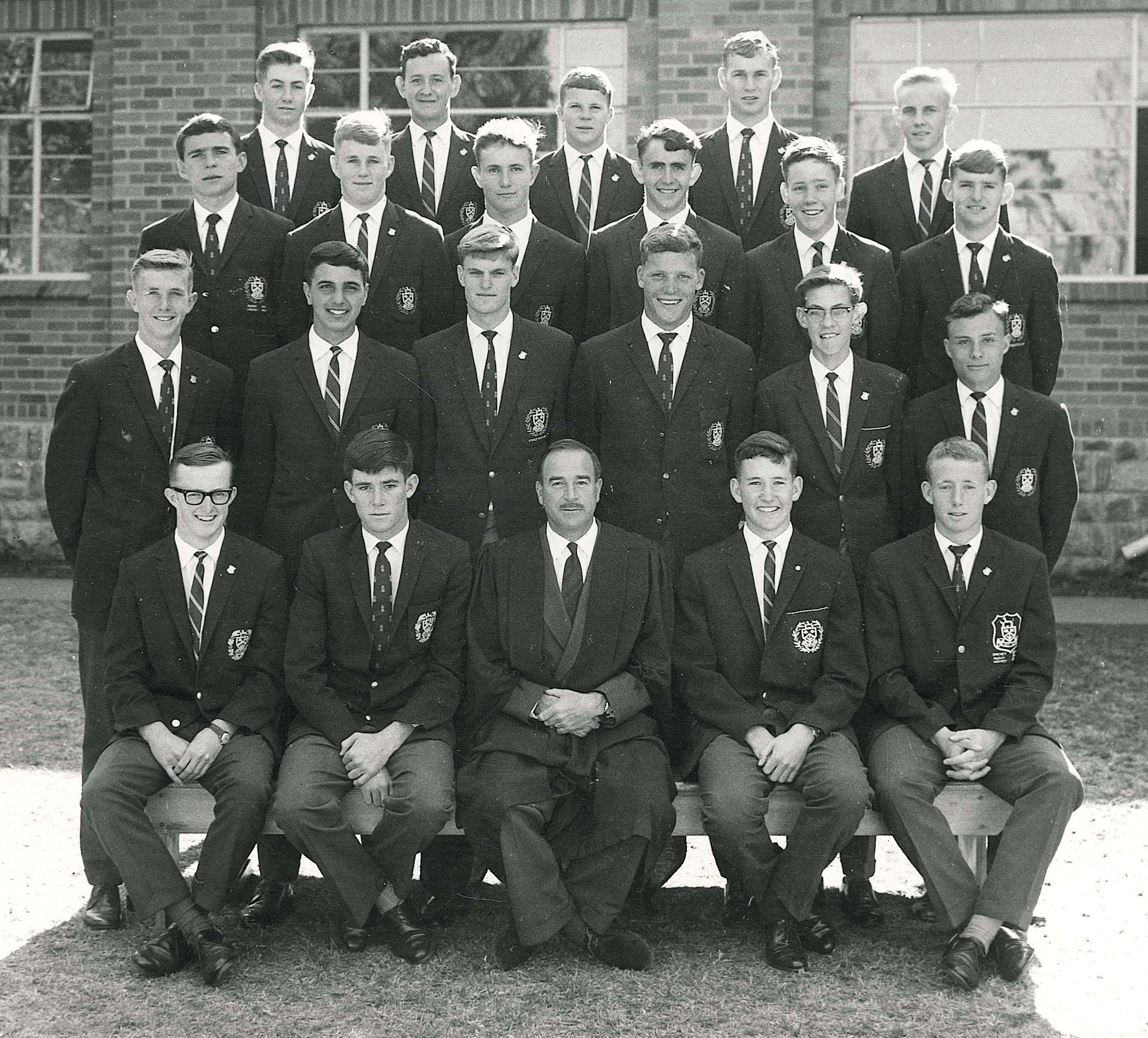 1966 Prefects: Dennis Cole is standing in the 2nd row from the back, 2nd from left