A Tribute to Derek Spargo 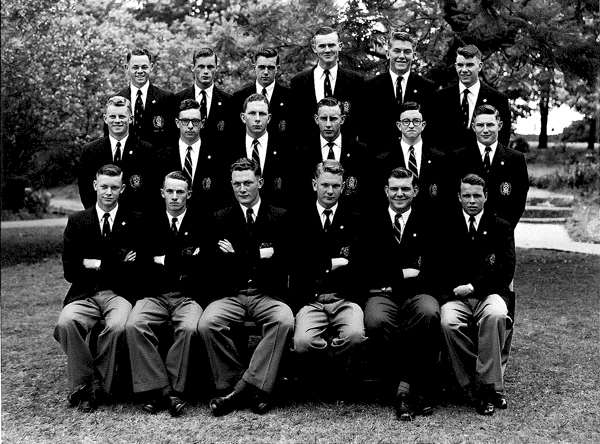 I have known Derek Spargo since we both arrived at Kearsney in 1952 as new boys at Finningley. We became firm friends right through our school years and ere always in close contact until his death on the 12th February 2016.

Derek was very involved in all the school activities. He was an outstanding sportsman and a solid serious student.

His sporting career in swimming, athletics and rugby were great assets to the school teams. He was awarded his Natal Schools Swimming Colours in 1956 and 1957 and captained his school swimming team in those years.

He was also captain of the athletics team in 1957 and played first team rugby in the same year.

He was appointed prefect at Finningley in his final year at school and was a very well respected and admired student.

After school and during his first year at the University of Natal he met the love of his life, Vonny, to whom he remained happily married until his death.

His business career took him on many journey. Firstly through the motor industry, then the wine industry and finally into business with his wife Vonny, in running on of Cape Town’s most successful guest houses in Bishopscourt.

He was successful in all these endeavours.

Derek and Vonny finally settled on the Steenberg Golf Estate in Cape Town surrounded by a close knit family and wonderful friends.

There he once again got involved in the management of the Golf Estate and became a Trustee for many years.

The attendance at his Memorial Service was a tribute to his popularity and the esteem with which he was held by all.

He is survived by his wife, Vonny, his son guy and his daughter Sally-Anne and their families.

He will be sorely missed.