A Tribute to John Alan Sproson 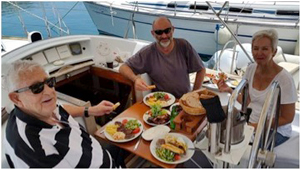 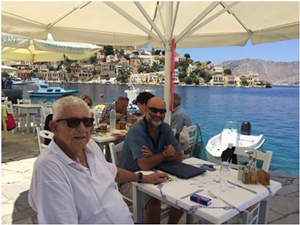 Our classmate, John, passed away peacefully after a short illness in April of 2016. He is survived by his wife Dawn (née Field) and his two sons, Mark and Brett. His first wife, Trish (née Bray) passed away in 2007.

John was born in Surrey, UK, and as his father was in the military during WW II, his family was stationed in Egypt. After the war the family was shipped to Durban, where he entered Highbury School (and was a classmate of Richard Tolkien, Gillingham 1953), and then Kearsney College.

John is remembered most fondly by members of his class of 1953, many of whom have contributed to this tribute.

“Above all we remember John as a true friend and gentleman. Despite his many talents, both personal and on the sporting field, he never felt that he was above any of his friends or the younger boys in the school. He always had a ready smile and offered a helping hand to all who needed it. He was a School Prefect and head of Finningley House—although he lost these privileges for a term or so when he was caught ‘bunking out’ one night with his close friend Neil More. While this may have caused him to lose some status with the school administration, it only contributed to his popularity with his schoolmates; this was typical John!”

“In another incident typical of John, and of course his buddy Neil, the pineapple beer that they were brewing in the rafters of the boarding house exploded, damaging a section of the roof!”

“John played first team rugby for two years, and was captain of the team in his matric year. That year, with John and Neville Mark at center, and Neil More at wing, opposing teams had a very hard time defending, made even more so by John’s high knee action and speed, which almost assured you’d get a knee in the face when you tried to tackle him! In 1953 John was selected for Natal Schools to play in the Craven Week. He went on to Springbok rugby trials, where he most unfortunately broke both of his ankles in a bad tackle, ending that dream. John was also captain of Athletics and a competitive swimmer”.

“I always remember John in his meticulous and dedicated attention to perfecting his technique and ability as Drum Major of the cadet band. Every afternoon, during the weeks leading up to the annual band competition in Durban, John could be found marching along the roadway in front of Gillingham and Finningley, perfecting tossing and catching the mace, while at marching pace. In the official parade he threw the mace up as he often did but dropped it; he picked it up and immediately threw it higher than the time before and caught it, to the applause of the crowd.”

“Pride and joy was his father’s car that he would drive at the college.  Being older he had a license. The car was immaculately kept and one weekend I inexplicably put my foot on the front bumper.  I had scarcely removed my foot when John pulled out his hanky and polished where my foot had been. I felt a real goat”.

“John’s generosity showed over the years when our class was organizing it’s 50th and 60th Reunions. A few of our classmates did not have funds to travel from overseas or to attend the events that we’d planned; without prompting, John offered to set up an anonymous fund to help these men financially. His example prompted a few other boys to contribute to this fund, so that we were able to support almost all of the surviving members of the class to attend our reunions. At our 60th reunion, he also contributed some very fine wines to one of our dinners—and he wasn’t even there to enjoy them!”

After matriculating from Kearsney, John joined Goodyear Tire and Rubber Company where he learned the trade. He then joined his fathers retread business in Salisbury and was instrumental in consolidating the major players in the Rhodesian retread business into National Tyres. In 1965, John and his family moved to Johannesburg and started Regent Tyre Services, with the help of the Suzman family. This evolved, under John’s leadership, into Leader Rubber Company which supplies 35% the retread materials to the South African market. The business has operated very successfully for over 50 years, and will continue to do so under the leadership of Brett Sproson, who took over as Chairman when his father retired in 2003.

After his retirement, John enjoyed spending the South African winters in Greece on the island of Symi, where he owned a house, and sailing around the Greek islands on his ketch, ‘Zinga’.

The word that appears in every tribute written by his classmates is “gentleman.” We of his class feel that Kearsney can be truly proud of its son—he brought honor to our school, success to our sports fields, a smile to the faces of his friends and of the younger boys who had such an example to look up to, and after finishing at Kearsney, John started a successful business and raised a loving and successful family who affectionately refer to him as ‘the old man’. As his son Brett said in a recent email ‘He was a great father, an astute businessman, and a mentor to many people that he came in contact with during his full life’.

Contributed by members of the Kearsney College Class of 1953, and his sons, Mark and Brett. 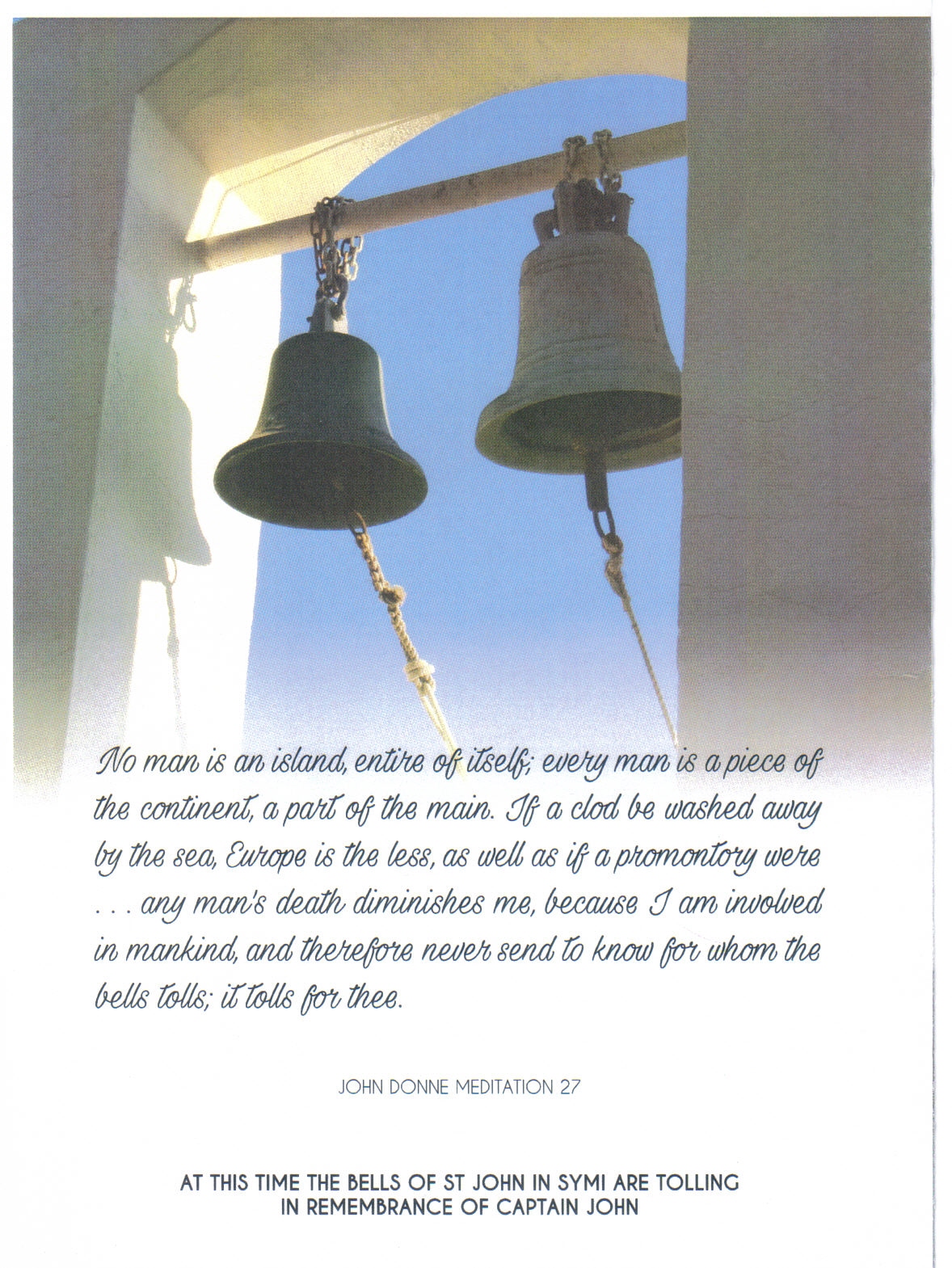 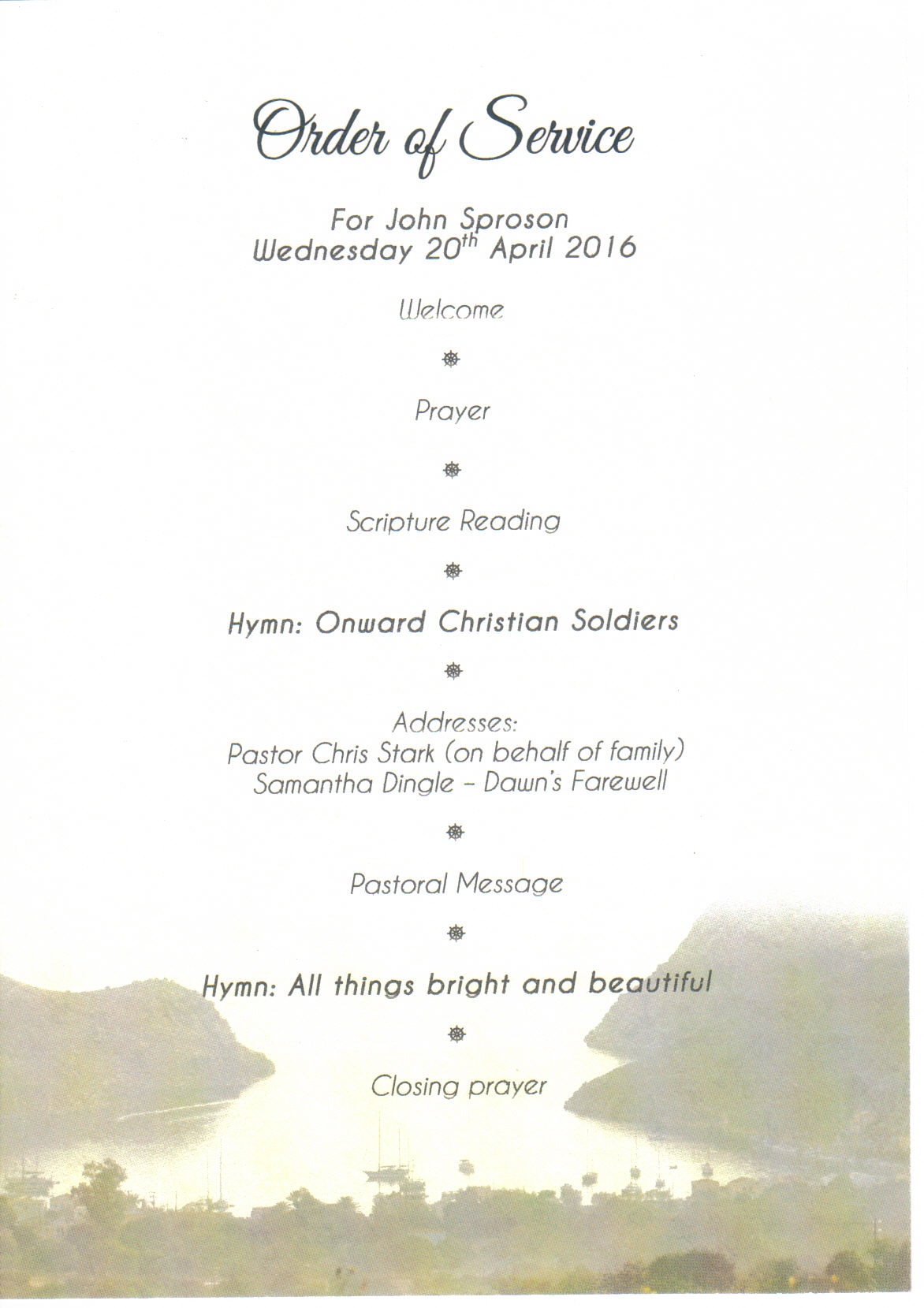 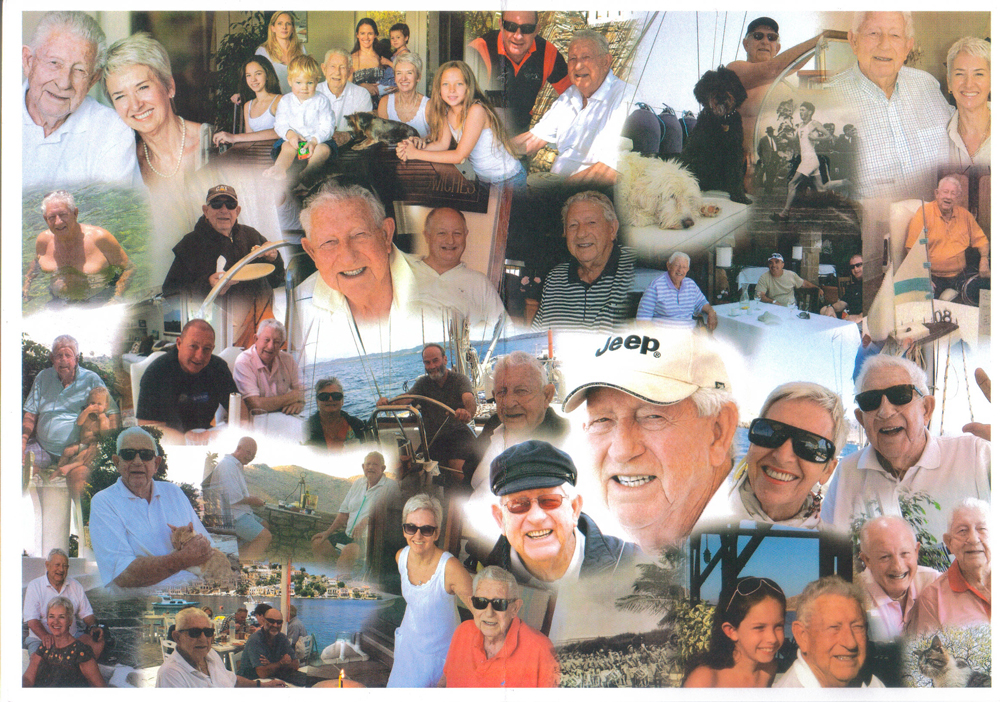