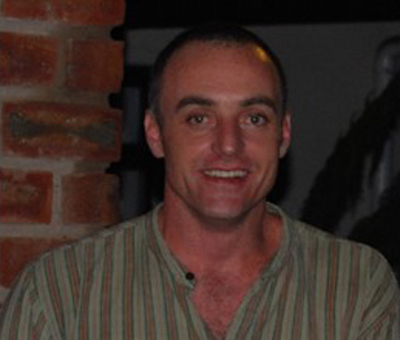 Jem was blessed with an extensive network of friends. Geographically they ranged from his early years on the North Coast in Salt Rock, to being a Murky Mud Rat at Murchiston School in Pietermaritzburg, schooling and living at Kearsney College, his National service in the air force, Natal Tech days, living in Joburg, Bath and London for many years.  As a result of this the world became his global village and he was blown away by the support he received from all of you both far and wide.

Friends from past and present stepped up to help Jem in his time of need. People that really would not be expected to participate jumped right in. Some drove his support groups others assisted emotionally. Some supported him financially. Others took him for a coffee on a bad day. Others visited him in hospital or ran him around. I want to tell you that he was at times overwhelmed by what you all did for him.

In the end cancer may have taken him but the strong sense of community that you all brought to him was the real winner. Let no one say that it was only the previous generation that pulled together in hard times. Despite how hectic modern life is, and that we spend 25 hours a day running on the hamster wheel of life, there are countless stories of people supporting Jem through this process.

There is an overwhelming sense of pride of being part of the great Kearsney College Brotherhood. A network and bond that was forged as teenagers and is alive and well all these years on.

My sister Sue sent me a message of support which reads – Grief never ends, but it changes. It’s a passage, not a place to stay. It is not a sign of weakness, nor a lack of faith. It’s the price of love and deep friendship.

We miss him already.