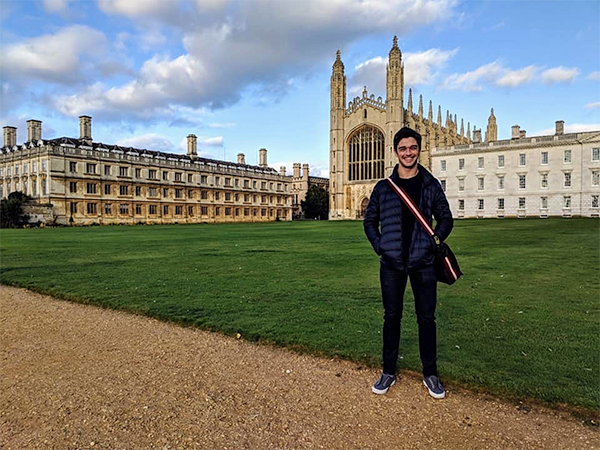 Congratulations to KCOB Dr Murray Polkinghorne (Class of 2011) who recently earned his MPhil with distinction from Cambridge University, coming 1st in his class.

He has subsequently joined Oxford University on the prestigious Radcliffe Department of Medicine Scholarship, where he will be reading for his DPhil in Medical Sciences at Balliol College.

At school he was head of Kearsney’s choir and won gold with the choir at the World Choir Games in Shaoxing, China.

Murray is a fourth generation Polkinghorne to go through Kearsney, where his great-grandfather, Lawrence Trevenen, was one of the founding pupils in 1921. His father David was awarded the Major Rhodes Scholarship to Oxford in 1986.