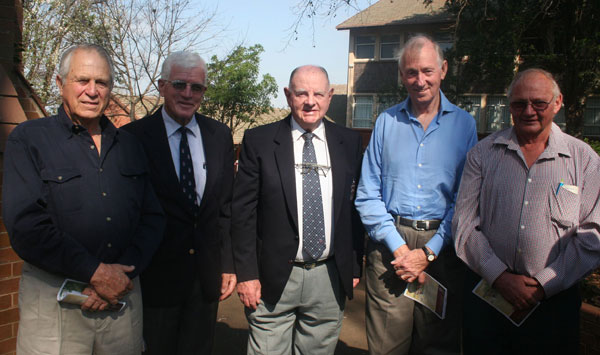 In 1992 an idea was initiated by David Hall at his 40th reunion… he encouraged his fellow classmates to give something back to their Alma Mata.  In their 42nd  year the Class of 1952 bursary was formally established.

The late David Hall who was Professor of Biology at Kings College in London, wished to encourage his year to be commemorated in the history of Kearsney College.  It was after his 42nd reunion that he promoted the concept.  His classmates decided to establish a bursary in perpetuity as the best way to give a gift that would “keep on giving”.

The men of 1952 decided to keep the names of contributors to the 1952 fund and the size of the contribution confidential.  Funds are sent directly to the Kearsney Foundation who reports the total funding raised.

The 1952 criteria for their bursary:  The Headmaster and his staff select a student (who is not necessarily the son of an old boy) who will give 110% effort, participate in school life and be involved in community service.

In 2012 the Class of 1952 celebrated their 60th Reunion and met with the current recipient, Jamie de Bruin, and a past recipient, Michael Benporath, and their parents.  Class convenor Pat Marshall believes their record attendances are largely because the class has been part of a current boys education “Our Class Fund has kept us together and close to Kearsney College.”