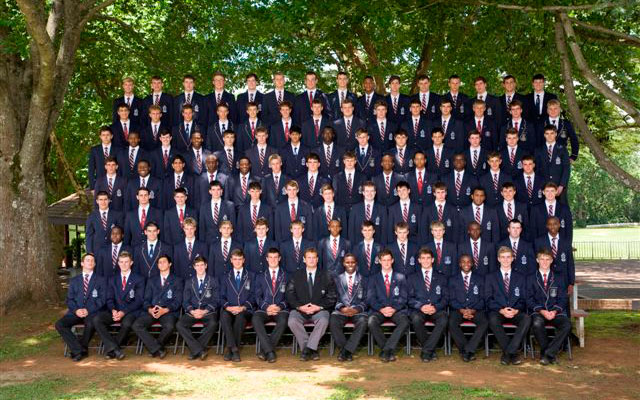 Devin’s parents Lawrence and Jenni generously established the Class of 2010 Memorial Fund in memory of their son Devin Twigg who died in a motorbike accident on 2 May 2011.

Tribute: The family remembers a son and brother: Devin Twigg
Invitation to support the Class of 2010 Memorial Fund

Devin Kennedy Twigg was a son, a brother, a friend and a great man. No words can describe the sense of loss we shared on that fateful day when he was taken.

A smile that could light the darkest of rooms, a heart as pure as any rare diamond, and the true meaning of “living life to the fullest”.  For all those that had the privilege of knowing him knew him for his genuine nature and the ability for him to take life with such strength and grace when things went wrong. He touched the lives and hearts of so many people in the short 18 years of his life.  To his friends and in particular to his Kearsney band of brothers, his passing is an incredible loss to all who loved him. Dev was the kind of person whom you could never speak badly about. Always in a cheerful mood and most welcoming whenever you went to his house.  May the countless memories of our beloved Twiggy bring tears of joy and not sadness and pain for he is in a place far better than this life.

Devin may be gone but he will never be forgotten. The universe may have lost a great person but it has gained an angel.

Missed and loved forever by his family and friends,

With thanks to ‘Salad’ Salathiso Siwisa (Class of 2010) for his contribution to this tribute.

Visit the Kearsney Remembrance Garden where a plaque has been erected in Devin’s memory.

This fund has been established by the Kearsney Foundation at the request of the Twigg family:

You are invited to support the Class of 2010 Fund

The Class of 2010 Memorial Fund aims to provide boys with a talent the opportunity to experience the camaraderie, world class education and Kearsney College life.

We would like to acknowledge your gift and track safe arrival of your gift so please send us your details and a copy of your gift payment to foundation@kearsney.com

A tax certificate is available for gifts made in SA.

Do you wish to pledge an annuity? (i.e. an on-going monthly gift)
Simply email foundation@kearsney.com to request a pledge form