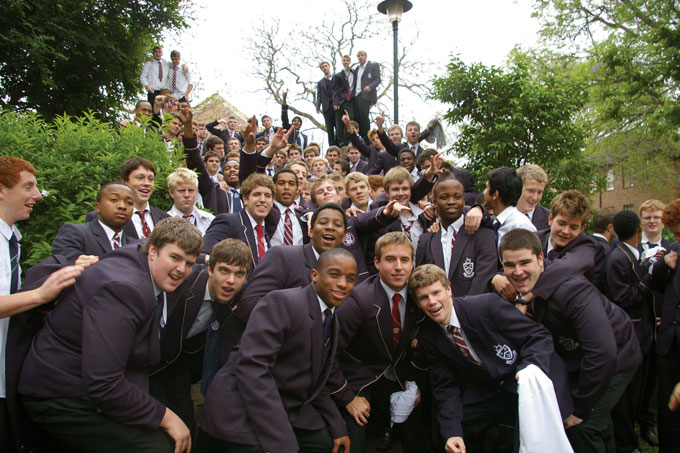 The Class of 2007 is a year of gentleman who experienced grief and loss while too young.  To honor their deceased classmates they rally to remind us to live with passion, celebrate those we love, embrace life and make the world a better place.

The Class of 2007 Memorial Fund remembers, celebrates and honors these young men by providing the opportunity for a talented student to experience Kearsney who would otherwise not have been able to afford to.

“The harder the conflict the more glorious the triumph.  What we obtain too cheap, we esteem too lightly: it is dearness only that gives everything its value.  I love the man who can smile in trouble, who can gather strength from distress and grow brave by reflection” by Thomas Paine (Headmaster, Elwyn van den Aardweg quoted this at the 2007 Speech Day held soon after Ifi Okafor’s death)

The group who matriculated from Kearsney College in 2007 have talent.  Academically, on the sports field, musically, and more. Head Prefect Monde Nkosi also recalls the rare privilege of managing over 600 boys at a school which was more like a construction site.  The kitchen and dining facilities were totally renovated and the hungry army of boys was fed that year in what later transformed into the SportZone. 2007 saw the new Science Centre open, a new classroom block being built and wireless connectivity installed.

At the start of 2016 the Class of 2007 endowment fund had reached a capital value of just over R550,000 and is growing.  The interest on the investment will provide bursary support to future generations of Kearsney pupils.

The first Class of 2007 Memorial Bursary recipient was proposed by Kearsney and the award approved by the 2007 lead team.  Tristan Dixon (Gillingham 2015) received the inaugural 2007 award in 2014 while in Grade 11.  Tristan, a true all-rounder Kearsney boy played in the 1st Cricket and Rugby side and a valuable member of the Choir is a worthy ambassador for this fund.  The second recipient will commence in 2017.

Gontse received this award in 2018, while Gontse was in grade 9. Gontse is now in grade 10, and doing very well. In the first term, receiving 70% however striving to reach his goal of 80%. Gontse has desires to either become a doctor or a lawyer and would like to do work in his home community in order to give back.

Without the support of the Class of 2007 memorial fund Gontse would not have had the opportunities he has today, Gontse is exceptionally grateful for this bursary which has been awarded to him, and he is performing very well. His teachers describe him as pleasant, with an enthusiastic and positive work attitude.

You are invited to support the Class of 2007 Memorial Fund

The Class of 2007 Memorial Fund aims to provide boys with a talent and love for sport the opportunity to experience the camaraderie, world class education, and experience that is Kearsney College.

Anyone may support this Fund.

Ways to support the Fund:

• Participate in or support the annual Class of 2007 Golf Day

How the fund works

This fund has been established by the Kearsney Foundation at the request of the Twigg family:

You are invited to support the Class of 2007 Fund

The Class of 2007  Memorial Fund aims to provide boys with a talent the opportunity to experience the camaraderie, world class education and Kearsney College life.

We would like to acknowledge your gift and track safe arrival of your gift so please send us your details and a copy of your gift payment to foundation@kearsney.com

A tax certificate is available for gifts made in SA.

Do you wish to pledge an annuity? (i.e. an on-going monthly gift)
Simply email foundation@kearsney.com to request a pledge form

It was Stefan’s parents, Manfred and Susan Rohwer, together with Class of 2007’s family and friends who established the Class of 2007 Memorial Fund in memory of their son Stef Rohwer who died in a motor accident on Sunday 8 March 2009 and in memory of their son’s classmate Ifenyi Okafor (Ifi) who suffered during his school years from a rare blood disorder, sickle cell anaemia, and died while still at Kearsney on 26 August 2007.

We will always remember the men from the Class of 2007 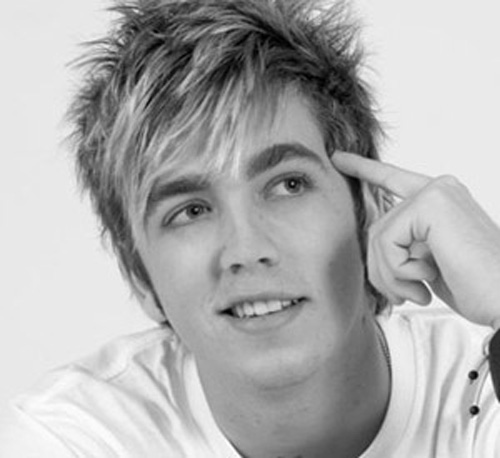 Stef was born in Durban and spent his pre-primary years in Kloof and Summerveld.  He enjoyed outdoor living and had a taste for farm living. Baseball was his game in these early days and he was one of the best short stops in his era as a junior.
He spent his junior school years at Highbury. Reading was not one of his strength’s, maths being his preferred subject. On the sports field he loved running, played tennis and become Highbury’s tennis champion. Cricket was his first love, playing in the A sides all the way through, culminating in representing his province in Grade 7.

His cycling passion also started at Highbury, so much so that he would have done his 10th Amashova in 2009.  Tri-athlons and Du-athlons came along with this in which he also achieved provincial colours.
At Kearsney he fully participated in the social activities, sports fields and developed his passion for the school amongst an incredible bunch of class mates.

He participated in running, rugby, hockey, soccer and touch rugby, he loved them but golf and cricket were his games. Stef played exceptional golf during the Kearsney Golf Tour to New Zealand in 2007 despite the very cold and wet conditions. He played cricket in the A sides throughout is Kearsney career and represented the first XI for two seasons.  He was an exceptional “Offie” and made a significant impact on the game whenever he came on. He absolutely loved it, and the times around the field with his mates moulded both his and our lives.
Stef enrolled to study a BCom through Varsity College however it was in his 2nd year out of school that he really found what he wanted to do when he commenced studies in Quantitiy Surveying and Property Development at the Durban University of Technology.
On the sporting front he remained involved in cricket and played for Pinetown, nibbled at the Dolphins Academy but also found a passion for coaching at his old school, Highbury. This was most gratifying for him.
Stef, we will miss you. 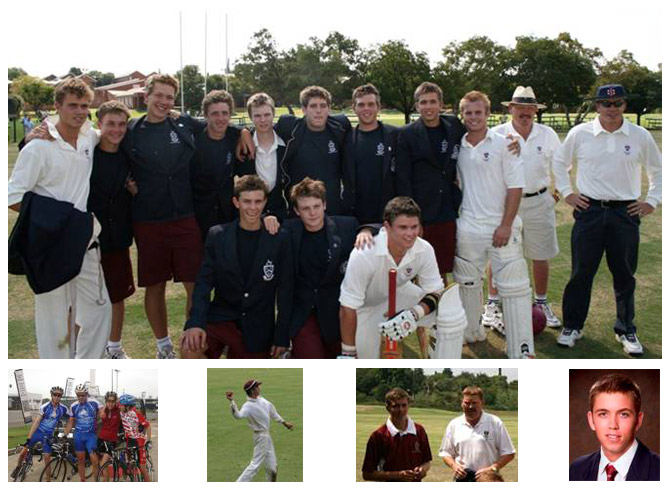 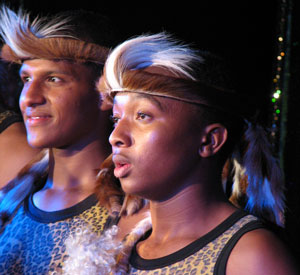 We remember Quincy with incredible fondness.  His positive energy and love for life was contagious and we will always remember his wonderful stage presence as a choir member.  He went on from Kearsney to study psychology and worked at the Star Academy. While studying he coached various sports at schools and was successful at his promotions work.

He was introduced to the Star Academy through a friend and said that although it was a completely-by-chance introduction, his appointment there turned out to be the best opportunity ever.  He wrote into Kearsney old boys to share his good fortune and said “I love the kids and getting to work with them on a daily basis. What I love most about the job is that it is like being a kid again while at the same time we are doing such an important job that changes lives. It is very fulfilling.”

Quincy sadly passed away from a heart attack after having completed a 42 km run.

He will be missed and always remembered. 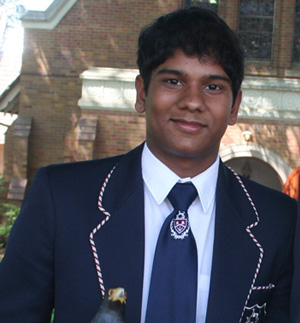 Santhan always had an incredible positive attitude. He always had a smile on his face and was always able to lift the mood no matter the situation which is something I will never forget about him. He was an extremely intelligent and determined man and at the same time was always able to remain humble and grounded. I will always remember my feeble attempts to engage in debate with Santhan and of course my failure thereof to win any of them. I will also remember the manner in which he won these rather one-sided debates as his manner was never smug but rather gracious and positive and left one feeling accepting and that they had just learnt something. Such is the benevolent nature of Govi.

Santhan had an unparalleled passion for his school and his friends which is a quality that all should strive for and apply to their lives as he did. The times that I saw Santhan after he was diagnosed will be etched in my memory throughout my life as a vivid reminder of true bravery. I say this because he never once lost his positive attitude, his smile or his passion, he never once asked for special attention or to be treated differently in any way, he remained unchanged and continued fighting and living as the same person he always was. He was somehow able to make you forget the gravity of his situation when you were in his presence which to me exemplifies true selflessness and bravery and will forever inspire me. Santhan you truly are Brave.

I will miss you and will never forget you. Rest peacefully my brother. 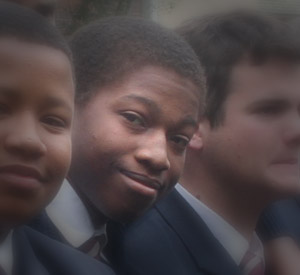 The year group was especially touched by two brothers from Nigeria who joined the Class of 2007 in 2003.  Kene was the strong competent 2007 Sportsman of the Year while Ifi was the courageous one who impressed Matron Fuller immediately with his determination, always smiling and humorous dispensation. Ifi was a true Kearsney boy and his classmates were deeply affected by his death in August 2007 during their trial examinations.

His friends remember his friendly, warm and welcoming smile, his chirps, and ever supportive nature. His Housemaster, Barend Steyn, said Ifi was a model student who embraced the values of Pembroke: Scholarship, Fellowship and Sportsmanship.  He accepted circumstances and insisted on not being treated any differently from other members of the House.  He was indeed a wonderful example to us all.

The annual Stef Mark Rohwer Memorial Golf Day took place in October, to celebrate and honour the short lives of the late Stef Rohwer, Quincy Jansen, Santhan Govender and Ifeanyi Okafor, all from the Class of 2007.  All funds raised go towards the Class of 2007’s Memorial Bursary Fund, which is currently funding a Grade 9 boy. 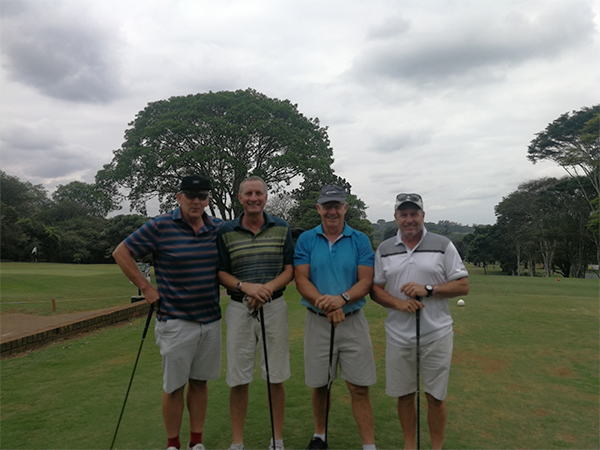 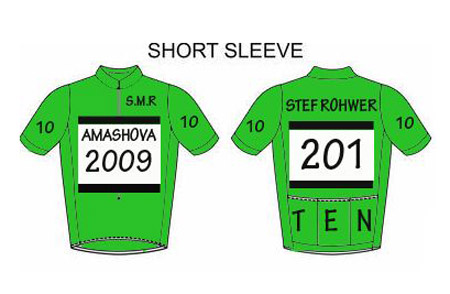