A Tribute to Stanley G Osler 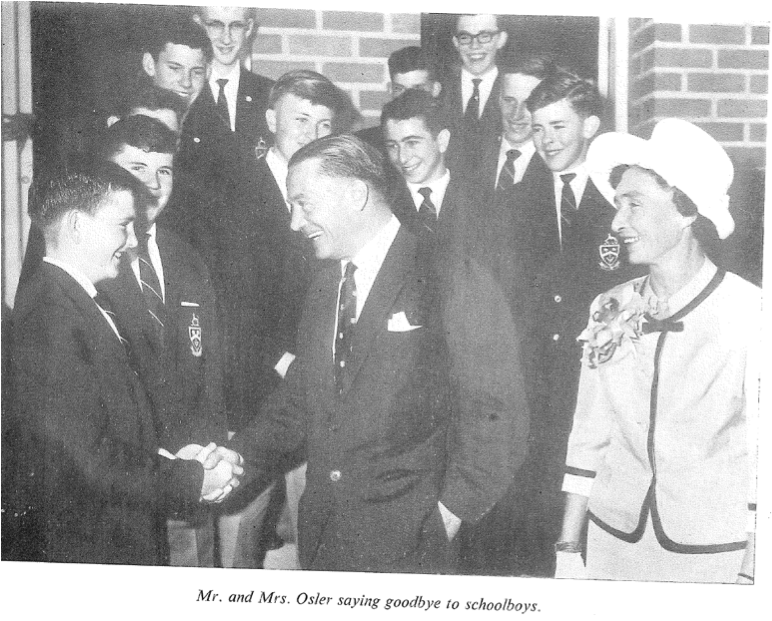 We celebrate the life of

In gratitude Stanley G Osler is acknowledged on the

in the Sir Liege Hulett Room for remembering Kearsney in his Will.

His philanthropy contributes to the betterment of the world

through his support of the work of Kearsney College.

“Mr Osler devoted himself to social and charitable causes of great usefulness. It is my sincere pleasure to pay tribute to those qualities which so clearly mark him off from the rest. His idealism, in striving for perfection in himself and in others. His humanity and interest in people and in the boys of his School in particular. In his time the School nearly doubled in numbers but no boy was ever just a face in the crowd to him. To him they were indeed his own children and he longed to encourage them, know their problems and help them. Stanley Osler was not only a mentor to his staff but he was a friend to us as well. He was an easy Headmaster for parents and boys to meet, for he never sought to put himself on a pedestal but was accessible to all.

Throughout his career at Kearsney Mr. Osler owed much to his wife, Annalene for she gave him unstinted and never-failing help at all times. As staff we are boundlessly grateful to her for her generous friendship and hospitality to us personally and for her interest and enthusiasm in assisting with the many social activities which go on from one year’s end to another.” G.M Oram (Chronicle 1964)